from BURDEN OF TRUTH by The Song Company 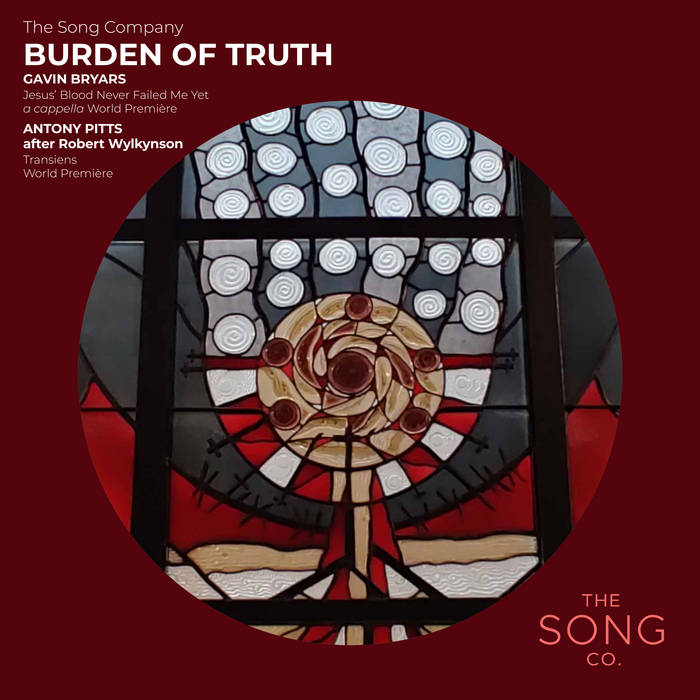 In 1971 a friend, Alan Power, was making a film about people living rough in London, around Waterloo station and Elephant and Castle. While filming he made a number of tape recordings, some synchronised with the film, others not, and he eventually gave me those tapes that he no longer needed, and which were to be discarded. For some reason, and I still don’t know why, I listened to them all. These homeless people talked about their lives and would sometimes break into drunken song. But one man, who didn’t drink, sang a short fragment of religious song – “Jesus’ Blood Never Failed Me Yet” – which I didn’t recognise. (I discovered much later that it was almost certainly improvised).

I was struck by his singing, which was very touching, in tune and musical, and happened to be in tune with my piano. I made a loop from his singing, and wrote a simple accompaniment and arranged this for a small ensemble with a simple, gradually evolving orchestration. Over the years I have made many different versions ranging from just a few players to full orchestra and chorus. The accompaniment, however, does not seek to draw attention to itself but forms a support to the old man’s voice, respecting its dignified humanity and simple faith. It remains, in spite of his situation, an understated testimony to his optimistic spirit. Although I have heard this musical fragment many thousands of times through performing the piece over so many years, I am still moved by his singing.

The first recording, produced by Brian Eno in 1975, achieved a kind of cult status in spite of its low-key distribution. A second recording, in 1993, which included a contribution by Tom Waits had a wider success, getting to No.1 in record charts in many parts of the world. The most recent version was recorded live at Café Oto, London, in 2019 by my own ensemble, including my four children.

Now, fifty years since I first heard the old man’s voice, I have made a new version for unaccompanied voices for The Song Company, drawing on my long experience of working with the finest choirs in the world. Although it retains the essential simplicity and directness of other versions it actually achieves this by a much greater attention to detail, and involves a more subtle approach, such as fragmentation of the text as well as Graingeresque techniques like humming and whistling.

I first worked with The Song Company in Canberra in 2013 and again in Adelaide in 2015, where they premièred five madrigals specially commissioned for them. Having completed the a cappella Jesus’ Blood project, I wrote five more madrigals last summer during lockdown to complete my Sixth Book of Madrigals, which is dedicated to them.
(G.B.)